Following the SEMDays conference which was held in Bucharest between 24th -25th of September, we sat down with Ann Stanley to discuss both the challenges as well as the advantages of online marketing. Here is the first part of the interview:

Beaglecat: We’re an online marketing startup (a team of seven), therefore it would be really helpful if you could share with us some of the biggest challenges you had to face when you started.

Ann Stanley: Seven is a good size. I think that when you are a team between five and ten, there are 2 problems: you’ve got to have enough work to keep you all occupied all the time in order that you make enough money for the time when you haven’t got any money coming in and the other issue is trying to match what the clients want with what your skill sets are. What we’ve found was that it was very difficult to say “take on an extra person” until everybody was bursting at the scenes. What we did was that we often relied upon bringing in students from the university and we did this quite early on and that was often funded so it allowed us to bring in people which was partly funded for 3-6 months so if they were any good by the time you got to the point where you needed to make a decision to keep them, you normally got enough work by then. It was a really good way of bringing in the additional skills that you needed.

The other thing that you do when you get to about seven people is that you start to need to have support on administration and things like that which isn’t income generating. Normally what happens when you are a small company is that there are no directors to deal with all the business development all the invoicing  and having to do a lot of HR and all that stuff so they’re not necessarily earning as much money as they could be  but you haven’t got all the critical mass in order to allow them to go off and give that to somebody else so you reach a tipping point around ten people when you are actually big enough to start to support some help and that means a director who is responsible for sales and marketing can really focus on that.

The other thing is the time. Depending on whether the people were in the industry before they formed the company, what you are doing all the time is building your reputation and the real way that we succeeded was we tried to have longer contract lengths by offering discounted rates so that you get more contracts for longer time. Then when you get a new contract what you are doing is that you are adding to it rather than replacing the churn of people leaving. That way you can grow. That was really quite an important step and we’ve done that again because the other thing that happens with an agency is that when you are smaller, you need to go for smaller clients and smaller day rates but as you get bigger and have a better reputation you go for bigger contracts with slightly more days and slightly more technical work and you can come out with a slightly higher day rate and that is the evolution of the agency as it gets bigger.

BC: It’s always difficult to explain the advantages of online marketing to new customers. How do you approach this?

A.S.: It depends on the types of clients that you’ve got and I didn’t really have that problem in the last five years. In the UK, the clients are really knowledgeable and they either know that they’ve got to do it or they’ve got to do it better. A lot of the clients that we’re working with either tried to do it themselves or they’ve employed an agency but didn’t get the services that they required. So our process is not so much about education, it’s more about credibility and convincing them that we are the right people to do the job for them and the situation that you describe is similar to what it was like 5-10 years ago in the UK when people didn’t really understand what SEO was and why they needed to invest in stuff. My approach has always been education. I’ve always gone down the road of doing training seminars for free for people and finding people who had groups of businesses like the Chamber of Commerce or a networking group or Charleston Institute for Marketing to do seminars and training for them for free, start to educate them on the advantages of why they should do stuff and also if you’re standing up there and you’re explaining things and you’re making them understand, they trust you really quickly. So my route to marketing has always been free training and conferences and giving information away. That way you can explain it and it is really good for getting new customers and getting awareness but actually the development process for us is about doing free audits and using data to convince them that there will be an advantage in them doing smth different. So if you’ve got people that are doing something already and you audit it and you explain the areas  of improvement, you bring some form of value to them and if they are doing nothing at all, then you just use the data: “there are this many searches in Google for this key phrase, why aren’t you using it? look, you competitors are doing this” and then you make comparisons. It’s all about re-educating them really.

BC: That’s all very true. However, there are many blogs that share quality information…

A.S.: That’s true. The thing is that when they’re looking for a supplier they are most probably going to look for somebody who is within easy reach of themselves and they’re going to be comparing you with other people. So if you don’t do it and your competitors in the region do, then it will make you look weak. The other thing is that you really need to be practicing what you preach and obviously blogging is a massive way of helping people do their online marketing and improving their concept, otherwise we wouldn’t be having this interview today. So if you can talk about the subject that you know about, you are showing yourself as an expert, you will get found in Google for those phrases when people look for you. It should drive traffic and social shares. I really believe that we don’t do enough, we’re too busy doing client work so we don’t write enough presentations and blog posts as I would like to but I do speak at a lot of events and we always publish that. I get people come up to me 5 years later and say:” Oh, I remember you from such and such.” I can’t remember them but they remember you and the point is that at the time were obviously convinced enough and found what you had to say helpful enough that they later remember who you are. That’s what builds with time. If you’ve been doing that for long enough, there’s always one of those people from the last 5 years who needs you at some point, so they will come back to you.

BC: If you went back in time at the beginning of your career and gave yourself 3 pieces of advice, what would they be?

A.S.: When I was 21 I had just finished my degree in Biology so I was a scientist and I was working in Academia and I didn’t get bored of it but I always thought that I could do something more. I moved around quite a bit and I took quite a few risks so one of the pieces of advice that I would probably give myself is: before making big decisions in business, make sure you get the right advice from all the other people around you and listen to what other people have got to say and perhaps be a little bit more cautious because sometimes I’ve taken a few more risks than perhaps I needed to. So I think that’s been a bit of an issue. In some aspects it’s been a double-edged sword because it’s made me a visionary who wants to do lots of exciting things but sometimes I’ve personally suffered for it because I’ve taken too many risks.

Another thing that I would do is be a little bit more careful with the money. As a volunteer, I love going out and go into shows and things and being quite cavalier and always very optimistic and I couldn’t afford to do some of those things and I think that’s again being a bit more cautious and I think that my problem is that I’m always so ambitious and passionate that I needed somebody to hold me back. Therefore, my third bit of advice is to get the people around you that can help you earlier on. I did this all on my own. My business partner whom I’m still very fond of wanted to build websites and he didn’t know much about business and stuff like that and I think that it’s good if we’ve got some advice earlier on. It’s not that I didn’t have the knowledge, it’s that I didn’t have the right experience in the right circumstances. Perhaps that way we would have been a bit bigger than we are now.

A lot of the times you need to seize the moment and get on with it, whereas a lot of people procrastinate and they never make any decisions or do anything. We get on with it and make things happen. In business, you always have to make mistakes because you have to learn from them. I’m not scared of making mistakes. It’s just that sometimes it would be nice not to make such big ones.

Stay tuned for the second part of the interview with Ann Stanley, where she will be discussing the biggest SEM challenges and give precious SEO tips. 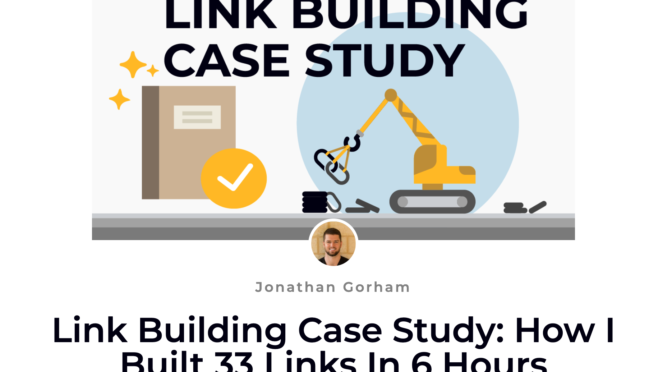 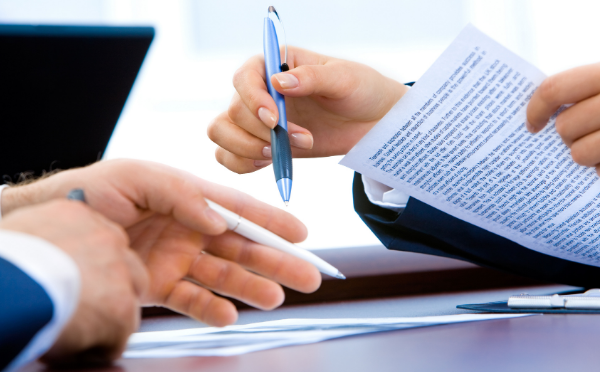 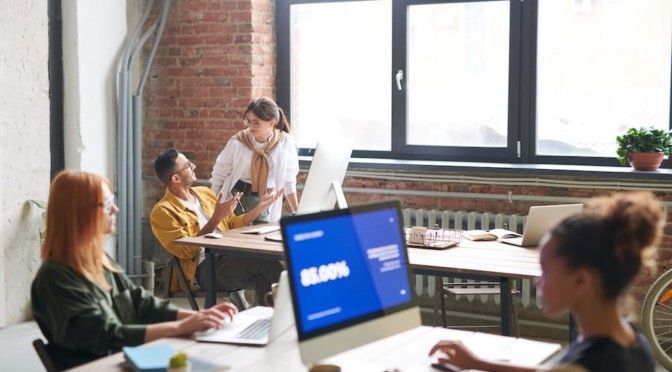 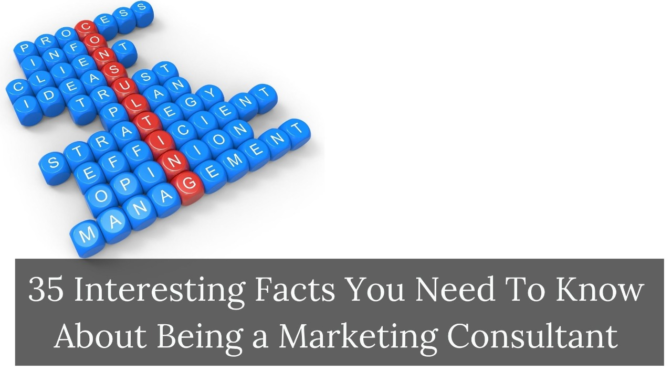 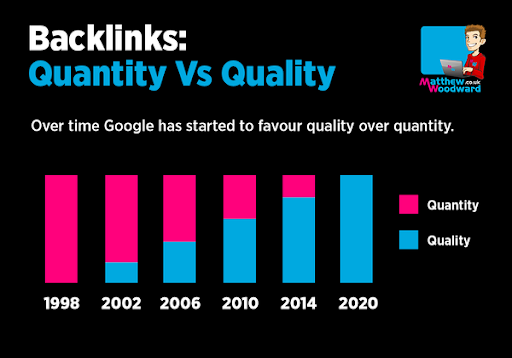 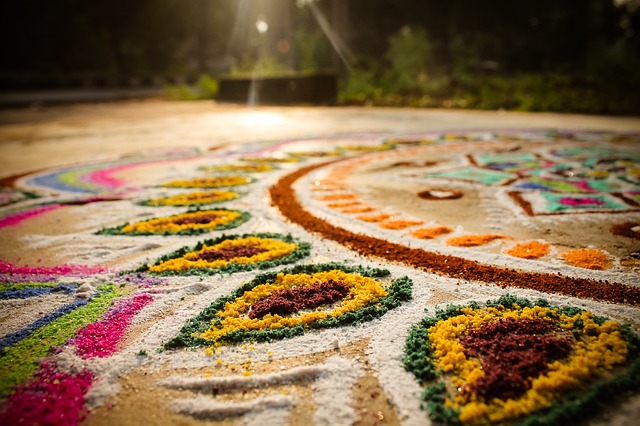