Hindawi is one of the world’s largest open access publishers of peer reviewed academic research. Their mission is to drive change in scholarly communications through greater openness, while firmly believing that science works best when research is open.

In the spring of 2019, Hindawi opened their tech office in Iasi, following a partnership with  full-service product development agency Thinslices.

As their employer branding services provider Beaglecat assisted them with creating a comprehensive image on the IT scene in Iasi from day one. Their main goal was recruitment while also positioning themselves as the company of choice for authentic tech people who look for a meaningful work purpose, value openness and software craftsmanship in a product organization.

Here is a timeline of all the activities and campaigns Beaglecat has been in charge of during the first year of collaboration:

The official announcement of the Hindawi – Thinslices partnership was made during the press conference we organised on June 28th at Muzeul Unirii and celebrated with a mega party at Acaju that same day. As part of this, we also created a website announcing the partnership and Hindawi’s arrival in Iasi: 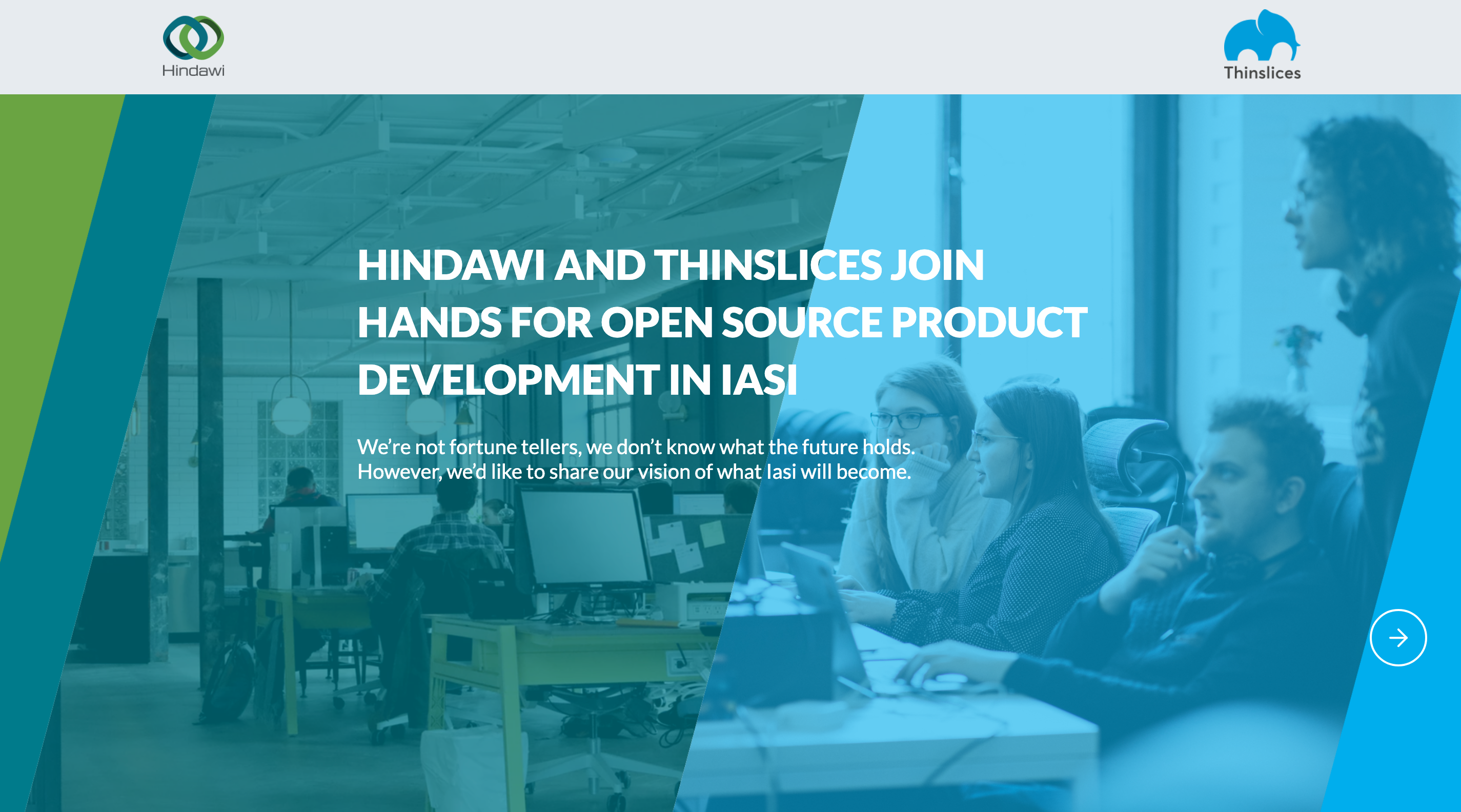 For the website, our main focus was on explaining why Iasi needs to move from an outsourcing culture to a product-focused approach and write a new chapter in its story in order to realise its full potential. The website also served as a way to invite people to the official launch – the press conference. 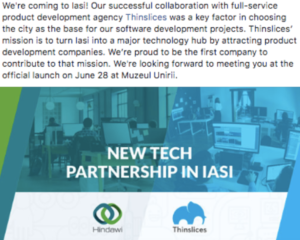 In parallel with the partnership, we build a website for Hindawi
https://hindawi.ro/ 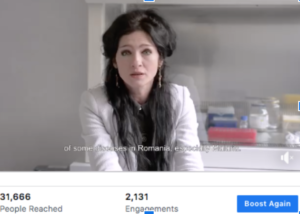 Also during that time, we worked on putting together a video series where local researchers speak about their work. This helped us create a connection between Hindawi and its mission to power open research in the mind of our audience. Hindawi was not only another IT company opening an office in Iasi but a product company that works on changing the future of open access/ research.

After the press conference and before letting everyone know that Hindawi is looking for new team members, we did a video series with key people from the existing Hindawi team who talk about the Open Source movement, the technologies they work on, the product roadmap, the design phases. 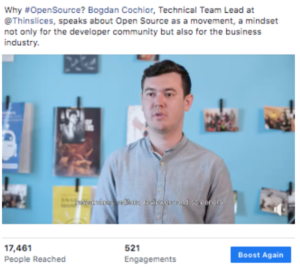 After the team video series, we moved on to actually advertising the existing open positions within Hindawi Iasi. At that time, people were already contacting the company through Facebook messenger asking whether they’re hiring.

Towards the end of the summer, we organised a raffle targeted at our audience within the Open Source community. The winner got an iPad Pro 11. 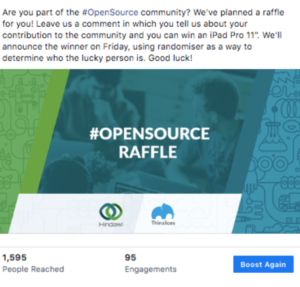 After the summer, the goal was to position Hindawi one step closer to the local academic and research environment. With that in mind, we proceeded to organise the first Open Acess event for the academia in Iasi. The event took place on October 2nd and was a success. Representatives from the key universities in Iasi joined us that day to discuss the Open Access impact upon the research environment and the publishing industry in Iasi. 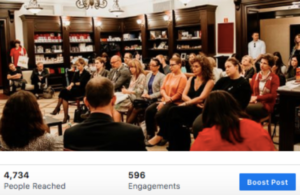 Facebook ads and boosted posts for promoting the event.

As a follow-up to the event, we dedicated the month of November to publishing a number of quotes from local researchers on Open Access. These served as endorsements for Hindawi and its endeavours in the Open Research space. 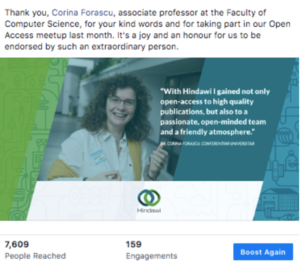 We finished the year with Christmas spirit photos from the office and a Happy New Year! post as well as a riddle challenge. The latter was created by the developers of Hindawi for our target audience. The winner – the person who was the fastest at solving the riddle – got an invitation to the Christmas party and a Xiaomi Mi Band 4.

2019 was a full year for Hindawi and for us as their employer branding and marketing services provider. Together we went from zero, a time when Hindawi’s coming to Iasi was merely an idea, to a company that now has a well-established presence among other IT companies in Iasi. During this time, they got a number of job applications, had over 50 attendees at their first Open Access event, established a lasting relationship with the researchers and academic people of Iasi and forged their way to becoming a well-known company on the local IT scene.